Update: Cyclist Got Fired for Flipping Off Trump, Outraged Community Now Helping Her

When Juli Briskman was out biking and flipped off the presidential motorcade, she thought she was just expressing her discontentment with the administration but little did she know she’d be getting severe professional repercussions from it!

Briskman was recently forced to resign from Akira LLC, an American government subcontractor, after photos of her flipping off the presidential motorcade went viral. As the lead of the social media department, she wasn’t clueless on their policies of social media practices and ethics so it came to a surprise to her when she was asked to leave. 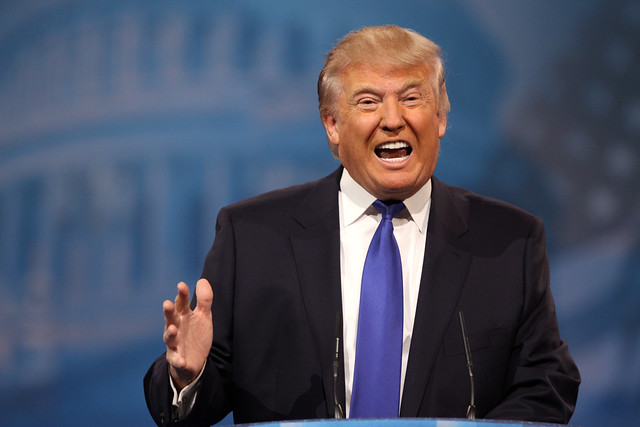 Ever since this came out even more backing has been thrown her way. Initially for the fact that she expressed what a large part of the US demographic feels towards the current administration, more support came pouring in after it was revealed that she was forced to resign from her job.

As her story blew up, she was invited on Megyn Kelly’s talk show to give her a platform and discuss what had happened and her take on it all. The most notable part of the interview was that Briskman noted that while she was working there the company had another issue with an employee and his conduct on social media. He had directly tied the company to his Facebook profile on top of openly bashing it in comment sections everywhere. What was his consequence? The chance to clean up his social media and remain employed.

“They clearly treated me differently. It was not equal application of their social media policy.” said Briskman on the situation.

Now, the community backing Juli has started a GoFundMe to support her being currently unemployed and their efforts are making a difference. Having raised more than $50,000 with a goal of $100,000, it shows that a lot of people are feeling the emotions that Briskman is feeling and appreciate her expression of those feelings.

Many are calling Akima’s actions legal but immoral and wrong, deciding to let her go before offering her the chance to distance herself from the situation and in turn Akima. What are your thoughts on the situation? Let us know down below!

Bierstick: Down 2 Beers in Less Than 2 Seconds

Perfect for those who want to win at any beer chugging contests, this gadget will let you chug up to 2 beers in less than 5 seconds!